/* Any new images uploaded will not have the -scaled version created and they won't be resized at the time of upload */ add_filter( 'big_image_size_threshold', '__return_false', PHP_INT_MAX-20 ); Our Team - Sea for Yourself - Snorkeling Safaris 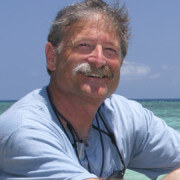 Sea for Yourself grew out of Joel’s two passions: photography and marine biology. At the age of eleven, investigations into the content of Southern California tide pools motivated him to build his own scuba gear out of a soda bottle, surgical tubing and the gas valve from an old stove. Not long afterwards, he began taking his camera underwater. Joel is an experienced travel operator, freelance photographer, marine biologist, and writer. He has designed and directed educational travel programs on all seven continents, and is a veteran of land, ship, train and plane-based journeys in more than 100 countries. His clients include the World Wildlife Fund, the Smithsonian, the Harvard Museum of Natural History, and the Stanford Alumni Association. Joel was Snorkeling Editor for Skin Diver Magazine where he published dozens of articles on snorkeling technique and destinations. He is a popular photography instructor with the Stanford Continuing Studies Program.

A mother of four sons with a background in small business management, Sue is responsible for the day to day operations of Sea for Yourself. Since its founding she has been instrumental in the evolution of the company, and understands the infrastructure of our services and products. Sue has first-hand experience with every program we offer. She manages air arrangements and has up-to-date information on the status of each departure. In the field, Sue has been a valuable Tour Assistant and enjoys helping participants refine their snorkeling skills. Marjolijn van der Sluijs comes to Sea for Yourself with an educational background in marine biology, a PADI SCUBA (and snorkeling) instructors license, fluency in at least three languages (including English!), and a strong logistical background in educational group travel. But perhaps her strongest asset is her charming and contagiously good-natured way with people. Marjolijn, or Marilyn in English, is simply impossible not to like. She received her Masters Degree in Marine Biology after organizing and implementing a marine oriented research project on the Dutch Island of Bonaire. During her five-year tenure on Bonaire, she developed an intimate familiarity with tropical marine and terrestrial biology. That knowledge and experience is woven into a background that also includes a respect and love for the sea borne of years of sailing throughout much of the Caribbean and Pacific. 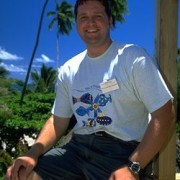 Bart integrates a strong academic background in Marine Biology with a friendly, relaxed personality. He received his masters degree in Marine Biology from the University of Groningen in the Netherlands, with a specialty in tropical marine biology and fish behavior. Besides an experienced snorkeler, he is also a certified PADI Rescue Diver and Divemaster. Bart has led several Sea for Yourself programs to destinations in the Caribbean and South Pacific. His communication skills in English, Dutch, German and French, along with a comfortable strength in the water make Bart a valuable asset as a field staff member on Sea for Yourself programs.

Unless otherwise noted, all text & photography © 2015 Joel Simon Images. All rights reserved.
Please visit www.JoelSimonImages.com for more information.
None of the images or text may be duplicated or republished without prior written consent of Joel Simon Images, Sea for Yourself, Inc.,
or other copyright holders whose images are displayed on our site. Sea for Yourself is a registered trademark of the company.
Terms & Conditions | Privacy Policy | Site Map